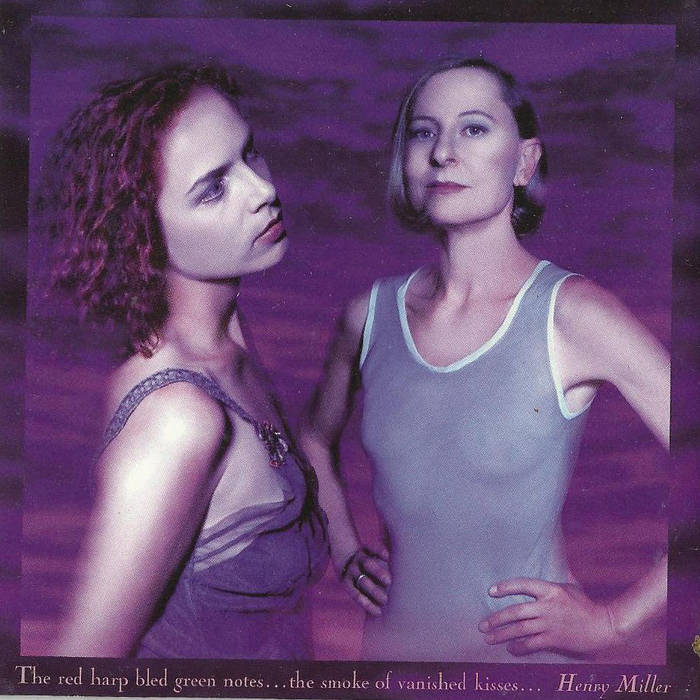 I originally met pedal harpist Barbara Imhoff while performing with George Coates Performance works (see Music of Marc Ream on this website). Soon, she joined my underground arts ensemble, Elbows Akimbo (also on this site) and eventually we formed our own band, The Beasts of Paradise. After that group was essentially stolen off me by didgeroo "musician" Stephen Kent, I regrouped with Barbara to create Aether, which was released on San Francisco's City of Tribes label. A familiar story - any money made was embezzled by a dishonest managing director, so even though we had a Top Ten club hit with the remix of "Give Away My Fear", we saw very little profits from this project. Our most lucrative song was "Half Light", a few seconds of which was featured in the award-winning Canadian movie "The Hanging Garden" and on the resulting soundtrack album.

If you like what you hear here, please consider making a donation via PayPal to dianimal66@gmail.com. It will be much appreciated and put to good use recording more material and acquiring crucial equipment!