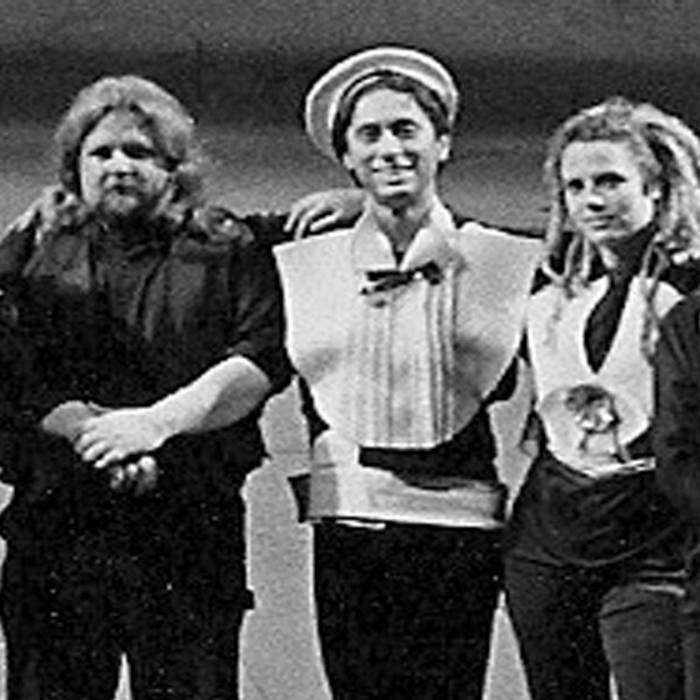 I first met Marc Ream (pictured on left) when I was about 20 and began performing with the experimental theatre company George Coates Performance Works production Actual Sho, for which Marc was the composer. I felt extremely fortunate, as a graduate of the Center for Experimental and Interdisciplinary Arts (at San Francisco State University) to get a job doing exactly what I wanted immediately upon graduation! In fact I had written papers for classes about George Coates' productions, so it was incredible to get to be in one of his shows so soon. Actual Sho ended up having a life of about 2 years, with some changes to cast and different venues. I was in all of the performances and got to tour Europe in 1987, Germany (where choreographer Pina Bausch's production "Bluebeard" made a strong impression on me), Poland and what used to be called Yugoslavia. In the USA we performed it at the Kennedy Centre for Performing Arts in Washington DC; at the Festival of Firsts at Purchase, SUNY, New York, (where I met and saw productions by Merce Cunningham, and the opera director Peter Sellars) and for several runs in San Francisco, at the Palace of Fine Arts and Herbst Theatres. See the song "Difficult Face" in the Elbows Akimbo collection for a story of what happened one night when I ran away from the production in Belgrade, and stayed with an actor in the National Theatre instead of at the company's hotel.

Actual Sho is also how I met the pedal harpist Barbara Imhoff. See the Aether collection if interested in the songwriting collaboration that developed between us. Barbara was the first harpist I ever played with and it was through her that I became forever linked with the instrument. I have incredible harp karma and will always play with harpists, til the day I die!

After Actual Sho, Marc and I wrote and recorded some synth pop songs together under the name Chalk Circle and then years later worked together again on music for the Peruvian Ballet Company in collaboration with San Jose's Gary Palmer Dance Theatre. Sadly, nothing was ever officially released although I performed his/our music live a lot.

It's a real shame that the entire score for Actual Sho was never recorded and a video never made. 20+ years ago, both endeavours required a lot of resources and money. Nowadays everyone with a decent phone can document every moment of their lives but it wasn't always like that! So a lot of great material has been lost. I'm glad to have these recordings. The photo above, btw, is from a cast shot of Actual Sho. The person between me and Marc is Ed Cohn, an excellent bass baritone and still a good friend. He's not on any of these recordings though!

Ed is also an accomplished sound engineer and he produced the first studio recordings of Elbows Akimbo, which band Barbara also ended up joining! See the Elbows Akimbo collection if interested in hearing that stuff!

*
Postscript: After posting the above, Ed Cohn wrote to me and says that he is sure he has the whole of Actual Sho recorded somewhere. So I look forward to someday adding that music here!