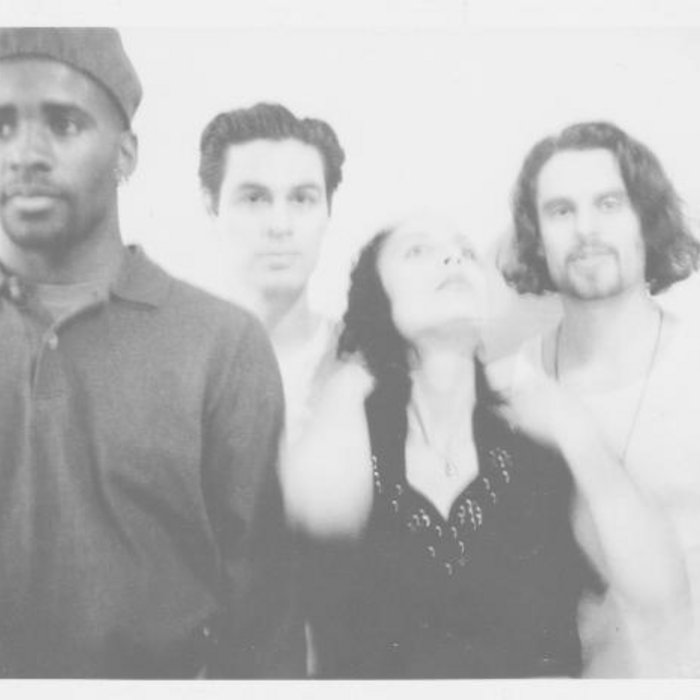 Polymorphia was formed from the ashes of one of San Francisco's greatest live bands of the 1980s, The Black Athletes (ask anyone who saw them), who quite tragically remained unsigned and barely recorded even though they played thousands of shows and had a massive live following. At the height of their popularity they were opening for major non-mainstream bands such as Public Image Ltd. and the Butthole Surfers. Had digital home recording and Youtube existed back then, the story would have turned out differently but those were the days when bands had to have record deals. The Black Athletes broke up for personal reasons before they were properly documented.

I was lucky enough to end up with three members, bassist Jake Rivera, guitarist Anthony Fisher and bassist Joshua Heller (their heavy sound was largely derived from having two bass players) who switched to his true passion of production and engineering. We were joined by the fantastic drummer, Simone White, who had found early success playing with the Disposable Heroes of Hip-hoprisy, and multi-talented percussionist Todd Hermann played with us for a time as well.