Bhagavad Gita: the War Within (Part 1) 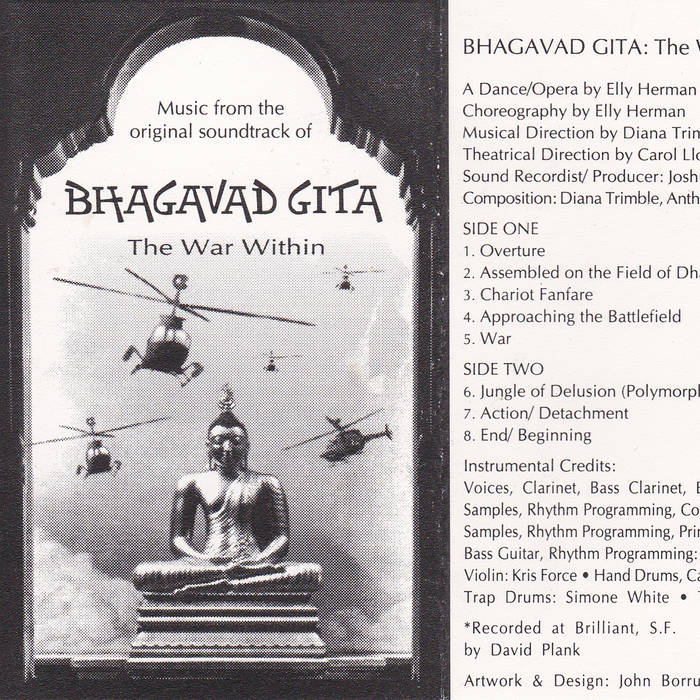 This two-woman show, featuring myself as Krishna and the dancer/choreographer Ellie Hermann as Arjuna, was commissioned by the Festival of Light in Prague where we performed it on the steps of the old (blown up) Stalin monument. We also received funding from SF's Hotel Tax Fund and did a run at the SOMAR Cultural Centre. Our final shows were at the Theatre for the New City in New York, which is where I met the soundman, Jet, who connected me to Chase Harlan, with whom I formed Fiend and later, Shimmer. Actually what happened was Jet said that he knew a guy whose guitar playing and my voice were made for eachother. Before I moved back to New York I made a cassette and wrote the name "Chase" on it and carried it around with me for a while in case I met him.

Maynard and I used to hang out a lot at this bar on Ludlow Street called Max Fish, where you could meet everybody from Beat poets to local smackheads to rockstars. It had these long booth-like tables where you would end up sitting with people you hadn't come with. One night, after having had some drinks and laughs with a couple of long-haired rocker guys whose names I'd never asked, we finally swapped details. The short one with the red dreadlocks was a bass player named Randy Rollner, and the other one with the long brown waves was a guitarist: Chase Harlan.

I looked at him and asked him if he knew anyone named Jet and he said yes. So I reached into my bag saying, "I've got something for you" and produced the tape with his name on it. We set up a jam session soon afterwards. (See the song "Nod" in the Fiend collection for a continuation of this story.)