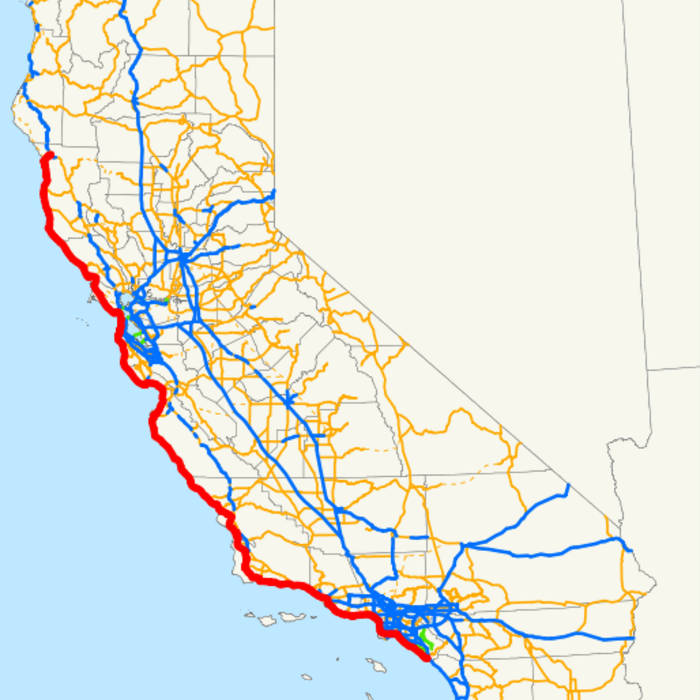 There's a great book called "Blue Highways" by William Least Heat Moon, about dropping out of society and going on the road, always taking the back roads which are marked in blue on the old road maps. That was one inspiration for the lyrics, along with memories of late night drives and long road trips of my own, especially the particular feeling you get when you leave Southern California going south, and realize you'll soon be in Mexico. The phrase "gettin' on to sunset" could mean both the time of day, and literally turning on to Sunset Boulevard, headed towards downtown and beyond.

Originally, the song borrowed the title from the book and was called "Blue Highways" but a few years earlier I had already co-written a song called "Blue Lizard Highway", for a collaboration between myself (librettist), composer Marc Ream, the Peruvian National Ballet and a modern dance company from San Jose. (You can hear that track on the Marc Ream collection on this site.) It didn't matter so much until I started putting together this comprehensive archive of all my different projects, at which point the similiarity of the titles bothered me. I always in my mind kind of thought of it as "the all night driving song" anyway, and that's what it is, so I think this is a better title in the end.