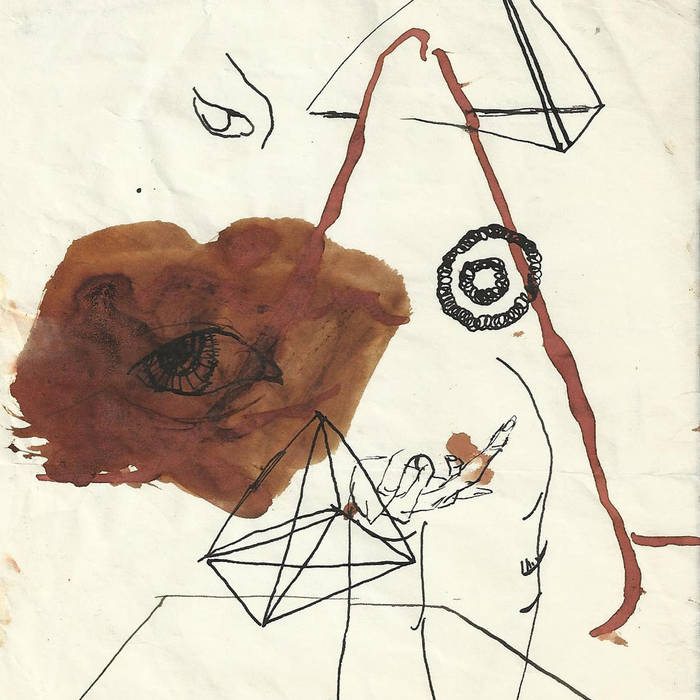 Aether was the name for a collaboration I had with the pedal harpist Barbara Imhoff. This track was recorded a couple of different times, once with production by Robin Guthrie of the Cocteau Twins. But this version is probably the best and is from the Aether album "The Smoke of Vanished Kisses" released by SF label City of Tribes. Everything about this project was a total disaster with the exception of the music we recorded. The drawing is by the artist Kevin Sudeith with whom I'd been recklessly in love a few years before this was recorded. We'd dropped acid at the county fair in some small town in Maine and then gone back to the place where he was going to an exclusive summer school for painters. He had this wonderful barn-like studio in the middle of a field with glow-flies all around, but there was no electricity. So for light we had these big citranella candles in tin buckets that were meant to ward off mosquitos but it was still pretty dark. He drew this drawing in the half-light and I wrote this song.

Here we are
In this moment, blossom
And everything is slow, blossom
Everything is clear
Slow, vast, clear
We blossom and dissappear

We are here
And the end has never
Seemed so near