from MC Hazard 2 the Status Quo - WORD by Diana Rosalind 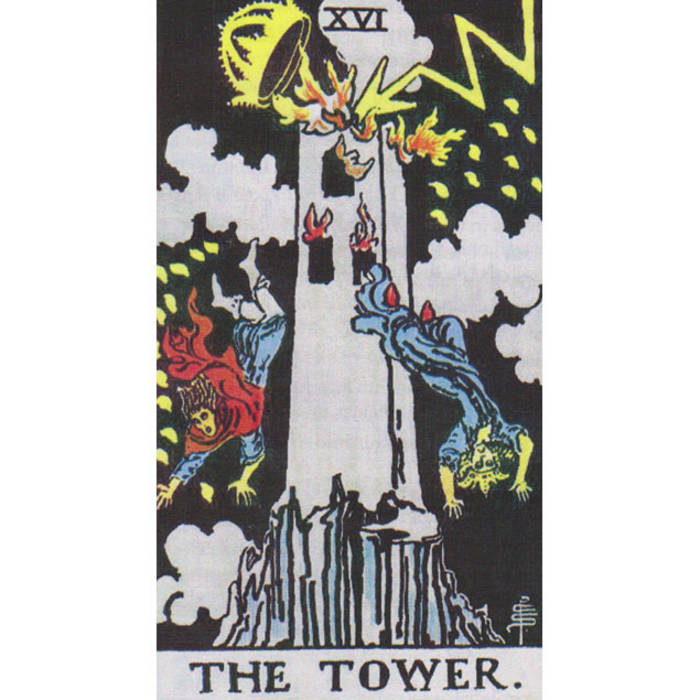 If you like what you hear here please help support the Unowned Artist with a donation (via PayPal) to unownedartist@hushmail.com
Thanks mah peeps!

Lately certain songs seem to stick in me
seem to whirl around repetitiously
telling me teaching me healing me musically
spelling out that something’s wrong
and I say to myself What’s going on?
So much trouble in the world So much trouble in the world Today the twin towers in the land of Babylon fell
I saw it on Television
live and direct from Hell
Watched the unbelievable happen
before my sleep smeared eyes
with shock but not surprise
as kamikaze devotees of Thanatos blazed their satanic heroic exodusinto adrenalin death-buzz overdose bidding for oblivion in a method most grandiose turning lower Manhattan just like this
into a soot-filled necropolis
thus begging a terrible question
oh how the fuck did this begin?
when will it end when will we end it stop pretending, stop dissembling stop this parroting of chewed clichés that revolve around retaliation and only escalate the situation this war has no fucking enemy fools! it’s an internal viral invasion
in this culture of tired boasts ”we are the most”s ”let’s have a toast’s I say yes yes let’s let’s place some bets! five bucks says 50,000 died hey remember that thing with the cyanide? that Jim Jones thing back in 89 let’s all raise a glass of cool-aid wine to the numero uno and most divinely deceptively contrived lie that is us today us as in U.S. of A.-holes for whom the death knell tolls in this the land of the murdered Indian brave
the land of the bomb and the home of the slave
wow somebody out there must really be pissed let’s all hang a proxy to get our fix just like they did in old Haymarket a fire just needs a flame to spark it the doomsday prophets want to Noah’s ark it it’s Y2K II deja vu give or take a few plot points the panic sets in the xenophobic uglies start to burble in the din don’t you know that it’s true that for me and for you the world is a ghetto don’t you know that it’s true that for me and for you the world is a - people moving out people moving in why? because of the color of their skin run, run, run, but you sure can’t hid An eye for an eye, a tooth for a tooth hey vote for me and I’ll set you free rap on brother, brother rap on well the only person talkin bout love thy brother is the preacher and it seems nobody’s interested in learning but the teacher segregation determination demonstration integration aggravation humiliation time to question what’s in a nation ball of confusion yeah that’s what the world is today woo hey hey

our fix is a dose of good old-fashioned retribution hey that’s the strongly manly solution catch the bastards and watch ‘em die a truth, I mean a tooth, for a why, I mean I I mean who are these monsters who cheer in the streets? did ya see ‘em in Palestine, waving their sheets marked with slogans applauding this blow to their devil but Americans never would sink to their level oh no says the news anchor we will survive! we’re still number one, we’re still broadcasting live this is different from when we dropped bombs on Baghdad watched strikes set to music to make us feel glad that we had such good aim in this cool techy game
that we’re tough the right stuff that enough is enough is enough is enough
that the president must never be perceived as a
powder puff a sissy a wuss or a faggot
‘cause in the death culture all the spoils go to the maggot that lives off the fat of collateral damage so pork up the army and somehow we’ll manage to keep building more bigger bombs than the others to kill foreign sons before they kill our mothers..
“we’re gonna hunt down an’ punish these folks!” said the leader of the free world
in between two bad jokes
oh fuck said I we are all gonna die this is the guy in charge of our protection bet yer sorry ya stole that election!
but then maybe not could it be a dark plot is this the war from within?
if so did it just begin if so it has barely but barely but barely begun this twin towers thing just the first pop from a handgun
don’t you get to some people this shit is fun!
could this be some kinda sick bid for control of your thoughts of your feelings of your e-mail (!) of your soul
no it couldn’t be that that they fabricate disaster just to crush the people faster?
Hah! They wouldn’t do it! that’s insane you mean kill their own then cast the blame?
Now I don’t mean to be a harbinger of ruin or imply that it’s a shoe-in that the power’s about to do in it’s own in its maddest ever ploy to oppress the hoi polloi to sustain the status quo all I am saying is that I think these thoughts but admit that I don’t know
Whose side is which and what’s a win and who do you trust to save your skin and will the body count just keep rising higher tell me again – what’s the definition of friendly fire?
When your lips move are you a liar?
Or do you speak the truth though you may tire stand when you’d like to fall remember they made paperweights out of the Berlin wall
Yes we can be heroes everyone of us knows hey I remember how that song goes..
I I can remember standing by the wall the guns shot above our heads and we kissed as though nothing could fall
And the shame was on the other side
Oh we can beat them forever and ever
And we can be heroes
Just for one day
Whatcha say

Oh and speaking of kisses and worlds and wishes
And wond’rin what’s gonna happen next
it reminds me of that song by X
where the angry eloquent punk priestess Exene
spits out poetry like lit gasoline...

and yet when I saw the newsclown’s skit
seemed like some of ‘em almost relished it
seemed like they knew their time was now
camera close-up on the furrowed brow
but even the disguise was only partly intact
for the first time in my life there was a rip in the act
the mask was on crooked the hood was pulled back
that we verged on the end of times was how it appeared
like the time of Armageddon
I mean not to be weird but didn’t it kinda seem like Judgement Day?
Or maybe just made to look that way

Alas! alas! that great city Babylon!
In a single hour thy plagues have come
A single hour of desolation
And the merchants of the earth mourned and swore
For none would buy their goods no more
The precious stones the wealth of wheat
the souls of men the vats of meat

and so on and so forth and such
perhaps you think I’m a bit touched
In the head it’s been said
But the tower is toppled and the bodies fall down
to the ground hit by lightning that shatters the town
streets become detrituts and debris dumps
and there on the small screen
a couple clasps hands and jumps
from the one hundred somethingth floor
to be no more
so we, my friends and I , discuss this at some length
declaring it a kind of strength
I mean if you knew you were about to die
wouldn’t you step off the ledge and try to fly?
why? why not?
when one last act is all you got
look on the bright side
it’s your one and only chance
to do the 99 Storey Freefall Dance!
make no mistake\
i’m not making light of death
just proposing that flight
may be the best response in a situation
requiring a choice between hurtling through space
and incineration
both are certain to end in death
think I’d take the air for my last breath
oh kids these are ancient tremendous tears
and the song that comes to mind now is
Five Years..
pushing through the market square
so many mothers sighing
the news had just come over
we had 5 years left to cry in
the newsguy wept and told us
that the earth was surely dying
cried so much his face was wet
that’s how I knew
he was not lying
I heard telephones opera house favorite melodies
I saw boys with their toys electric guns and TVs
my brain hurt like a warehouse
I had no room to spare
I had to cram so many things to keep everything in there
We’ve got 5 years what a surprise
5 years stuck on my eyes
5 years my brain hurts a lot
5 years and that’s all we’ve got

but wait a second friends
I didn’t come here to be fatalistic
to lose all hope in the negative statistics
the sadistic ballistics no no no!
my friends we need to get SY-NER-GISTIC
we need to combine our healthy action
we need to resist the cheap distraction
resist the urge to split into factions
it’s no longer about whose typed up the best thesis
here’s a new word
can you say
SYN-AR-TESIS?
That’s a binding or a knitting together
like a creative union or a cooperative communion
like the photons with their
“spooky action at a distance”
we can combine and enjoin our energies
they will yield without resistance
which happens to be synergistic’s other definition
in other words
we can change things by our own volition
trust is our shield love is our ammunition
hope is our magic ride
our secret weapon is vision
as it turns out – we are on a mission!
so give yourselves permission to join me in a brief rendition
of a favorite rhyme I like to sing
war what is it good for absolutely nothing

oh you’ve been a delight so kind and polite
thank you ever so much I am touched
that you came here tonight
the envelope of hope is now open
mucho gracias for hearing what I have spoken
it’s but a token of my love
I’m kind of a nun a none of the above
so I leave you for now with a prayer and a bow
I hope I have brought a small measure of thought
to this “tragic occasion affecting the nation”
that you leave feeling wise no need for disguise
a few tears in the eyes
and a vow of commitment to change this predic’ment
as an ally once said
in a somewhat overly dramatic voice
“we just have to dare to be brilliant
dahling
and after all,
to be daring is within everyone’s choice”