LOVE OR FREEDOM - songs around the world 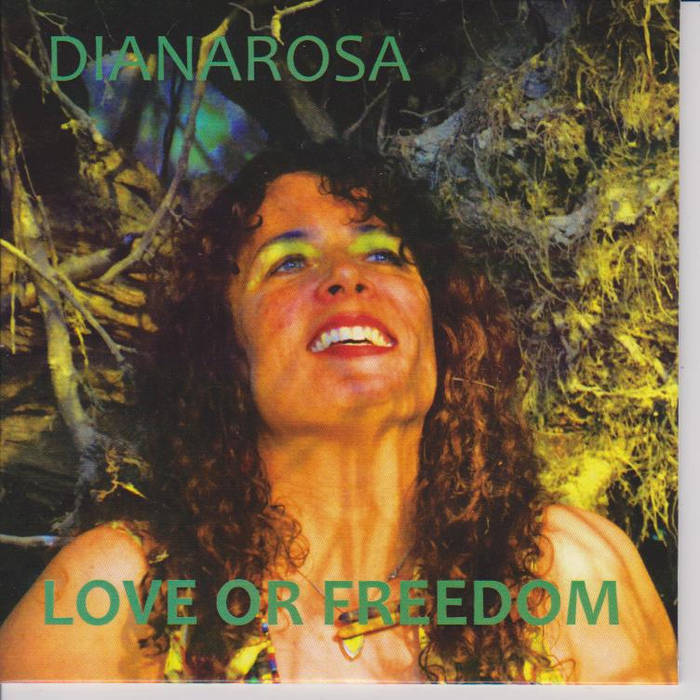 This is a selection of songs written and recorded between 1989 and 2014, with various artists in a number of different locations in the USA and Europe, and some solo works. Many, not all, these songs also appear on this site within the collections they were originally part of, however they have been remastered for this collection. The unmastered versions, therefore, are no longer available for free download although you can still stream everything for listening.

It was an interesting project to go back and listen through 25 years of songs and try to find a group that simultaneously represented key collaborations in my life, while also coming together cohesively as a collection in its own right. The mainstream music industry always counsels against eclecticism, possibly one reason I never fared well there as I am not interested in sticking within the boundaries of a single genre in order to "define" my sound. At the same time, I agree that it can be jarring if a series of songs are too wildly divergent.

My first short-list was about 28 songs, some of which had been salvaged from cassette tapes, some of which were not properly mastered, some of which were alternate recordings of songs that had been on CDs in the past. Throughout my life, in whatever financial situation I find myself, I have been lucky enough to usually have access to proper recording equipment. So most of my music has been well recorded. Nevertheless, some old recordings just didn't stand up production-wise so the first cut removed anything of inferior sound quality even if documenting an interesting or better performance.

From there, I got to a first draft of 16 songs, which on later listening swung too far in the direction of homogeneity. Curiously, I found that when the vibe, instrumentation, and production were similiar there was also a similiarity of lyrical content that didn't work for me. The texts I use, whether written by myself or others, are just as important as the melodies and arrangements, and so I had another listen back to songs outside the original 28 that felt more representative of me as both a writer and appreciator of poetry.

This final list of 17 tracks feels like it matches my personality and showcases a range of moods and styles that are all a part of my mixture. Some are funny, some are sad, (I think my specialty may turn out to be funny plus sad) some are defiant, some a bit philosophical; there is electronica, alternative rock, American roots, medieval-sounding folk, art song, a bit o jazz....but I think it somehow works.

I'm going to continue this project of remastering older tracks and putting them in collections with current material and so I'm sure that the songs dropped from this group will find their way to another album in the future.

But for now, this is my first retrospective: Love or Freedom. The title comes from some of the lines of River, by Larry Beckett, which I'd originally been intending to hold back for a future collection of all Becket-worded works. Its inclusion here not only opened up the whole collection and helped me change my approach to the overall set, but really provided me with the perfect title, which I had been struggling over. In the context of River, the phrase "love or freedom" represents a choice, as it often can and perhaps has in my own life. But taken as a phrase by itself, it is more ambiguous and could even suggest that the two words are synonyms.

Bittersweet ambiguity is a flavour I quite like, and I hope all who listen do too.

One final note: the days of vinyl and listening to albums in their entirety may be largely behind us and of course everyone is free to listen however they like, but my special request to anyone reading this is that you kindly, at least once, listen to the whole work from beginning to end in a single 74 minute sitting. To get the full, mind movie, immersion experience.

Thanks to everyone who helped me pull this project together over the years, all the players, engineers, producers, studios, co-writers, and especially to those friends and supporters who donated money to finally finish it!